The Board of Supervisors opened this meeting, as it usually does, with recognition of the County Employee of the Month and a Proclamation. The Proclamation designated April 2014 as Sexual Assault Awareness Month. Along with statistics about the prevalence of rape, sexual assault and sexual harassment, Josh Lowery, Chief Deputy District Attorney announced two events that will be of interest to the community. As a part of the theme of No More: No More Excuses, No More Silence, No More Violence, the Women’s Fund of Shasta County will present a Forum on Sexual Assault and Domestic Violence on Wednesday, April 2, 12 – 1:30 p.m. at the Redding Library Community Room. In addition, One Safe Place, formerly the Shasta Women’s Refuge, will sponsor Take Back the Night on Wednesday, April 2, 5:30 – 7:30 p.m. at the Atrium in downtown Redding.

The Board received the 2013 Shasta County Fire Department Annual Report. Fire Warden Mike Hebrard provided the report, including the information that the Department dispatched to nearly 12,000 incidents in 2013, with fires causing $14.5 million in losses and 4 fatalities in 2014. Most of these losses were associated with the Clover Fire near Igo. The Department includes 18 volunteer fire departments, as well as career fire fighters. Warden Hebrard responded to questions by Supervisor David Kehoe about recruiting and retaining volunteers. Hebrard is optimistic about keeping a stable roster of volunteers. However, an aging population in some communities and a reduction in volunteering of all kinds create a challenge for recruitment. The report is extensive, with detailed information about incidents and local fire stations. It should be available on the web site: www.shastacountyfire.org.

At each meeting, the Board hears information presentations from the County Executive Officer Larry Lees and from each Supervisor. A couple of information items from this meeting will be of interest. County Counsel Rubin Cruse reported that the California Supreme Court had acted on a medical marijuana case, Maral v. Live Oak. The City of Live Oak banned all cultivation of medical marijuana, indoors and out. An appellate court ruled that such a ban was allowable under state law. The California Supreme Court refused to hear the case, meaning that the appellate decision stands. An appeal to the U.S. Supreme Court is possible, but seems unlikely.

The Board also agreed to send a letter support Senate Bill 1455, DeSaulnier, that would put on the primary ballot in 2014 the California Reading and Literacy Improvement and Public Library Construction and Renovation Bond Act. The dollar amount to be included has not been determined at this time. However, the Board noted that funds for this purpose are important to the Eastern County effort to build a new library in Burney.

is currently retired. She served as a Consultant to the California Senate Budget Committee in 2001-02, reviewing Social Services, Employment Development, Aging, Community Services, Alcohol and Drug Programs, Rehabilitation and Child Support budgets. From 1989-2000, Catherine was Executive Director for the California Mental Health Directors Association. During that period, Catherine staffed the county mental health system's restructuring of public mental health through Realignment of community and long term care programs from the state to the county, transfer of the management of specialty mental health Medi-Cal services to those counties that agreed to provide them, development of risk mechanisms for consortia of small counties, and advocacy and policy analysis for the operation of public mental health programs throughout the state. Her prior experience includes Executive Director to the California-Nevada Community Action Association, Principal Consultant to the Assembly Human Services Policy Committee, and Director of Community Action and Head Start programs in Shasta County.

Comment Policy: We welcome your comments, with some caveats: Please keep your comments positive and civilized. If your comment is critical, please make it constructive. If your comment is rude, we will delete it. If you are constantly negative or a general pest, troll, or hater, we will ban you from the site forever. The definition of terms is left solely up to us. Comments are disabled on articles older than 90 days. Thank you. Carry on.
Post Views: 122 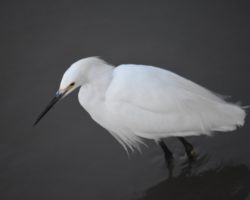 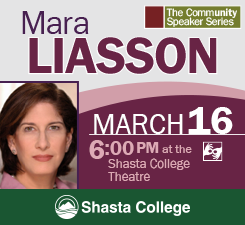 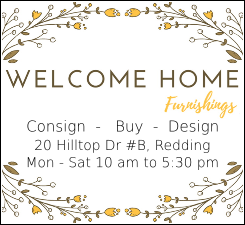