Arrest Made in Shingletown Burglary of Gold, Silver, Cash 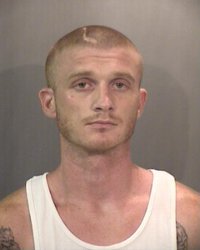 SYNOPSIS: On 6-30-11 Shasta County Sheriff’s Detectives, Redding Police Investigators and State Parole Investigators conducted a search of the residence of Daniel Hannah, where numerous items of stolen property were found related to a residential burglary reported on 6-19-11.

Hannah became a person of interest after Redding Police Officers located a backpack in Redding following a subject who ran from CHP Officers on 6-25-11 off Hwy 44 in Redding. Inside the backpack gold coins, thousands of dollars in cash, a platinum 1 ounce bar and matching certificate were located. Also inside the backpack were 3 V.I.P. cards bearing the name of Hannah. The victim later identified the backpack, platinum bar and certificate and gold coins as stolen from his residence.

Additionally, on today’s date, Sheriff’s Detectives and Redding Police Investigators stopped Hannah in a vehicle just short of his home in west Redding where more stolen coins and ammunition were found and identified by the victim. A search warrant was later served at Hannah’s home where silver bars, numerous coin collections, and additional stolen property was recovered. The property was related to the Shingletown victim.

Hannah was arrested and booked at the Shasta County Jail for numerous charges. His bail was set at $500,000. The investigation is continuing and more arrests may be made.

Comment Policy: We encourage lively debate. However, we ask that you please keep your comments respectful and civilized. Also, please share the space with others without monopolizing the comments platform, and stick to the topic at hand. The definition of terms is left solely up to us. Comments are disabled on articles older than 90 days. Thank you. I'm glad you're here. Carry on. Sincerely, Food for Thought/A News Cafe owner and publisher, Doni Chamberlain
Post Views: 412 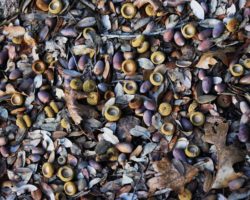