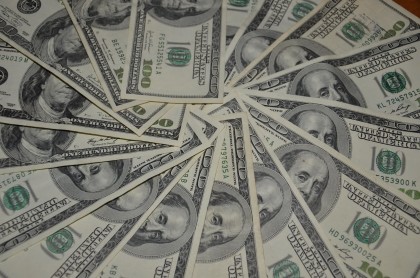 It seems like some kind of flat tax is the hobby horse of many politicians this year.

I have to admit that it sounds good. Everybody pays 10 or 15% of their income above a certain level. Below that level you don’t pay anything. The idea is it is easy. All deductions and special favors are gone. You pay 10% or 15% of what you received for your work or for your business. No shenanagins.

Absolutely fair for everyone, right? No deductions. No tax credits. No fancy boats written off. No trips written off. Everyone pays the same. One Republican candidate says the new tax code would be three (3) pages long. Those three pages would tell you everything you need to know about your obligation to Uncle Sam.

Of course, this is all unadulterated Bull-Bleep. The idea of a flat tax, where everyone pays the same, sounds just wonderful until you think about the issues. Unfortunately, the issues are quite complex and do not lend themselves to simple solutions. The percentage of your income that is taken in tax is important. However, what is much more important is how income is defined. Depending on which politician you’re listening to, the proposal is to make the income of everyone subject to a 10 or 15% tax. That would, they say, rid us of all those loopholes and special treatments that make the present system so unfair.

Let’s take a closer look at that. Let’s take a person who lives in Redding but works in Palo Cedro. His co-worker lives in Palo Cedro. They work at the same place earning $20/ hour for 40 hours a week. They each make $800/ week. If there were a 10% flat tax, they would each pay $80/ week in taxes. They each would have $720 a week to spend however they want. Right? Wrong. The guy who lives in Redding has to drive 100 miles every week back and forth to work. He has to buy gas, tires, oil changes etc to get to work that the Palo Cedro guy does not have to buy, so they are not equal. The Palo Cedro guy has much more discretionary income unless an adjustment is made to keep it equal. How do we do that? We let the Redding worker deduct the expenses he has to go back and forth to work from his income so he doesn’t pay taxes on the money he spends to get to work.

Suddenly, we have deductions so the Redding worker only pays taxes on what he gets to keep, just like the Palo Cedro worker does. Deductions are a slippery slope.

Suppose one of our workers gets a General Contractor’s license and gets a contract to build a house. He has to hire some help. Does he pay this flat tax on whatever he gets paid to build the house? Say it is a $250,000 house. Does he pay $25,000 in taxes because that is 10%? What about the cost of materials? Can he deduct that? Can he deduct what he paid for labor? If he has a bookkeeper to help him keep track of costs and to make sure all the bills are paid, can he deduct those wages? If he can’t, doesn’t he have to bump up the cost to cover those taxes? Especially if at the end of the day, he wants to feed his family? That would add 10% to the cost of every house our contractor builds.

The list goes on and on. What does Safeway pay taxes on under this plan? 10% of gross income? Gross income less cost of goods sold? What about wages for checkers and stockers and baggers? Does Safeway get to deduct those costs? Equipment wears out. What about that?

The fact of the matter is that all of these flat tax ideas are basically dishonest. They make something that is very complicated sound simple.

In some respects, the flat tax is like dealing with cancer. How, you ask, do you deal with cancer? “Simple” I reply. “Just cure it”. The solution is easy. Just cure it. Finding the cure is the tough part, and it is the part the politicians brush over. Just tax net income after justifiable expenses. The tough part is figuring how to decide what are and are not justifiable expenses, especially with special interest groups clawing at that definition.

A primary reason why our Internal Revenue Code is so long and complex is because there are legions of tax lawyers and accountants who are trying to find ways to minimize the taxes paid by their clients. If you think a flat tax will fix that, you are not paying attention.

* In the interest of full disclosure, I do not offer tax advice, nor do I represent clients in tax issues.

Dugan Barr has practiced law in Redding since 1967, primarily in the areas of personal injury and wrongful death. He has tried more than 200 civil jury cases to verdict. He is married and has five children. He can be reached at Barr & Mudford, 1824 Court St., Redding, 243-8008, or dugan@ca-lawyer.com.