Not every good idea gains traction, but the concept cattlewoman Cathy Tobin brought to the city’s Downtown Business Association seven years ago turned out to be one people would sink their teeth into.

The annual Beef ‘n’ Brew, scheduled for 5 to 10 p.m. Sept. 19 in downtown Red Bluff, was voted Best Local Event of 2014 by Tehama County residents, beating out powerhouse staples such as the Red Bluff Round-Up and Tehama District Fair.

In 2010, its first year, the event drew 750 people. This year 2,500 are expected. Tobin is co-chairing the event with businessman Travis Dolling.

“Beef is a Tehama County tradition,” said Tobin, who moved to the region 12 years ago. “In wintertime, there are 70,000 head of cattle in the valley—more cattle than people.”

Organizers decided to pair beef with brew—“everyone does wine tasting,” Tobin noted—and hold the event in downtown Red Bluff, where this year more than 30 businesses have signed up to participate.

Each business offers a beef appetizer, including sliders, beef brisket, tacos and meatballs, and beer. Nearly 60 different craft beers will be featured at the event. 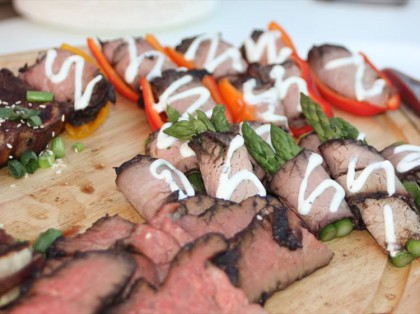 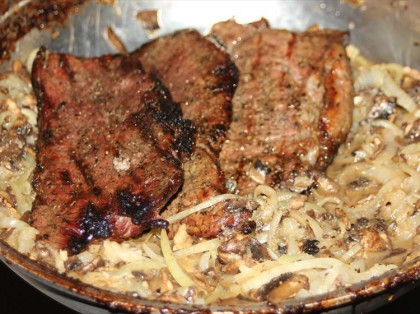 Tasting and sampling will be from 5 to 8 p.m.; the band Northern Heat will play from 7 to 10 p.m. in the Cone-Kimball Plaza, where Cottonwood’s Vic Wooley will provide tri-tip wrap; and Sierra Nevada, Fall River and Wild Card breweries will be pouring. 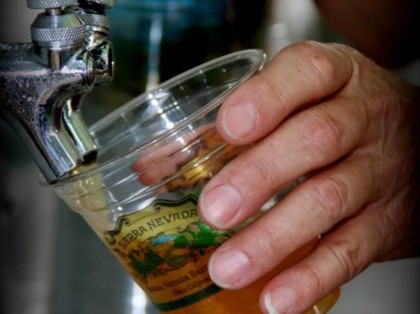 Tickets cost $20 in advance; $25 the day of the event. They can be purchased online at redbluffbeefnbrew.com or at downtown businesses The Loft, Plum Crazy, The Red Bluff Gold Exchange, and Red Bluff Chamber of Commerce.

Attendees are encouraged to vote for their favorite beef appetizer (People’s Choice Award). The Judges Choice Award will be determined by Tehama County Sheriff Dave Hencraft; his wife, Laquin, a veterinarian; and Malorie Bankhead, a previous National Beef Ambassador who works for the California Cattlemen’s Association.

Proceeds from the event benefit the Downtown Red Bluff Business Association and Tehama County CattleWomen. The association is working on signage and beautification efforts on Walnut, Oak, Washington and Main streets. 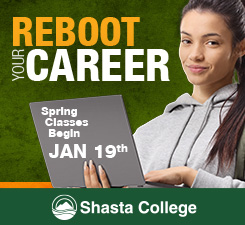