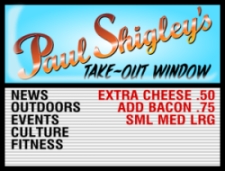 California’s grasslands, oak savannahs and low elevation foothills are often overlooked. These lands don’t provide the prime agricultural conditions that valley floors do, and they don’t offer the scenic vistas found at higher elevations. But in one way, these areas are exceedingly rare: They provide ground on which environmentalists and landowners can agree.

The U.S. Fish and Wildlife Service is proposing to capitalize on this common ground with a new program called the California Foothills Legacy Area. Under the program, the federal agency would purchase conservation easements from willing sellers that permit ranching activity to continue but prohibit urban development. One of four targeted areas in the state is northern Tehama and southern Shasta counties.

A public meeting on the proposed program is scheduled for 6 to 8 p.m. on Tuesday, June 14, at the Red Bluff Community/Senior Center, 1500 S. Jackson Street, in Red Bluff. Fish and Wildlife Service officials will explain the proposal and solicit input regarding issues for consideration in an environmental analysis.

These low-elevation grasslands, woodlands and riparian areas often serve as rangeland for livestock. They also provide habitat for increasingly rare native plants, and for wildlife. These lands are home to the greatest diversity and density of wintering raptors (hawks, eagles, kites, kestrels, etc.) anywhere in North America, according to Mark Pelz, chief of refuge planning for the Fish and Wildlife Service’s Pacific Southwest Region.

“The reason it is great habitat is because of the way the ranchers manage it now,” Pelz said.

However, these lands tend to be targets for large-scale development, such as the Sun City retirement community that was approved but never built on rangeland along Interstate 5 between Red Bluff and Cottonwood. Although there is not much interest in development anywhere in California these days, growth pressures will return at some point, Pelz said. In addition, a number of financial issues also jeopardize continued agricultural use of these lands, including the viability of a property tax break program for agricultural land owners, estate taxes and rising business expenses.

Paying landowners for a conservation or agricultural easement eliminates urban growth pressures and eases the financial burden on landowners and ranchers. The Fish and Wildlife Service already has a similar program aimed primarily at wetlands in the Central Valley, while the State Department of Conservation has a program for protecting prime farmland. In addition, numerous land trusts, including Shasta Land Trust, purchase easements to protect high-quality farmland, ranchland, wildlife habitat and open space. In all instances, the land remains in private ownership and the landowner continues to pay property taxes, albeit at reduced rates. These easements, however, may conflict with a city or county’s long-term growth plans, such as the Tehama County general plan’s outline for the area where Sun City is proposed.

Pelz emphasized that the California Foothills Legacy Area is “only a concept” at this point, and a Fish and Wildlife Service newsletter says a final decision on the program is at least a year away. The proposal is an outgrowth of the California Rangelands Coalition, a six-year-old group composed of the California Cattlemen’s Association, the California Farm Bureau Federation, local, state and federal agencies, and environmental organizations such as Defenders of Wildlife and The Nature Conservancy.

Four meetings last week in the San Joaquin Valley regarding the proposal attracted both supportive ranchers and people distrustful of federal government activity.

On Today’s A La Carte Menu:

Rodeo queen … Although we finished the 2011 version of the Redding Rodeo only a few weeks ago, the deadline for entries in the Miss Redding Rodeo 2012 contest is this Saturday, June 18. Applicants must be 18 to 25 years old, never married and a resident of California for at least a year. Applications are available on the Redding Rodeo website and from many western and feed stores in the area.

Tees for teens … Here’s an easy question: Would you rather play golf or go to work on a Monday morning? A golf tournament benefiting the Anderson Teen Center is scheduled for Monday morning, June 27, at Palo Cedro Golf Course. The $50 entry fee buys you nine holes, lunch and a chance at some big prizes, including a car from Redding Kia. Space remains available for foursomes and individual players. Call Cody Goddard or Barbara Jackson at the Teen Center for details and an entry form, 378-6060.

Habla Espanol? … The newly opened Rolling Hills Clinic in Red Bluff wants everyone to know that it has speakers of Spanish, Cantonese, German and Japanese on its healthcare and administrative staff.

Check your email … The Catholic Healthcare West hospitals in Redding, Red Bluff and Mount Shasta now offer free Wi-Fi for patients, visitors and doctors. Previously, doctors had to rely on the hospitals’ internal wireless networks and could use only devices provided by the hospital.

Paul Shigley is a freelance journalist based in Western Shasta County, CA, and a member of Shasta Land Trust. He may be reached at pauls.anewscafe@gmail.com.

Comment Policy: We encourage lively debate. However, we ask that you please keep your comments respectful and civilized. Also, please share the space with others without monopolizing the comments platform, and stick to the topic at hand. The definition of terms is left solely up to us. Comments are disabled on articles older than 90 days. Thank you. I'm glad you're here. Carry on. Sincerely, Food for Thought/A News Cafe owner and publisher, Doni Chamberlain
Post Views: 285 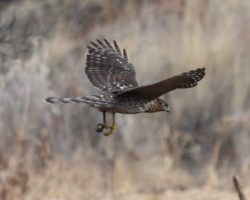