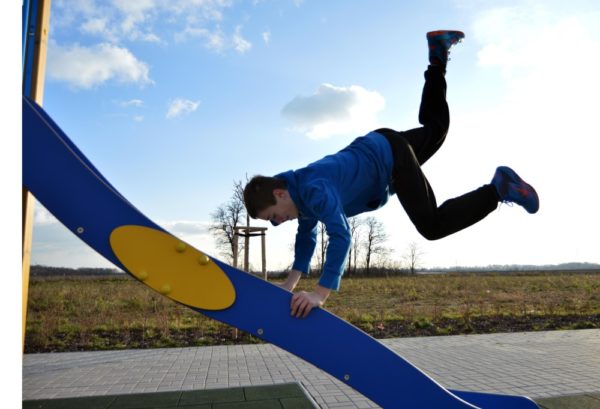 “ADHD is like having a Ferrari brain with bicycle brakes.”

It was December of 1990. I was in the early months of my fourth year in private practice and found myself in San Francisco at a training with Dr. Russell Barkley, the author of “Defiant Children, A Clinician’s Manual for Assessment and Parent Training”. It was a two-day workshop, a chance to learn strategies for working with parents of defiant children and earn continuing education units for my psychology license.

The first day focused on “step-by-step procedures to follow in conducting a highly effective, empirically validated program for the clinical training of parents in the management of behavior problem children.” The second day focused on Barkley’s seminal textbook and the professional’s “ADHD Bible,” titled “Attention Deficit Hyperactivity Disorder: A Handbook for Diagnosis and Treatment.”

I thought I knew all about ADHD, or what was previously called Attention Deficit Disorder (ADD), with or without hyperactivity. In grad school, my dissertation addressed nutritional treatments of mental illness and I was familiar with the published literature on treating ADHD with the Feingold diet.

But sometimes you don’t know what you don’t know until you know, which is what happened that day. I bought Barkley’s book, came back to Redding and wrote a letter to my colleagues in the community that I was developing an ADHD assessment specialty and would welcome their referrals.

In the years that followed, I attended conferences and seminars with leaders in the field and provided local presentations for parents, teachers and mental health professionals. In the last three decades, I have assessed four or five thousand children, teenagers and adults for ADHD, and mood and anxiety disorders. And in the process developed a variety of metaphors for understanding and explaining the ADHD brain to parents of ADHD children as well as adults who struggle with it.

For example, I suggest that we understand ADHD primarily as a motivation disorder, not an inability to pay attention. ADHD children, teens and adults can often sustain their attention for long periods of time if they are engaged in an activity that is fun or interesting, like playing a video game. However, when they are not interested in something like chores or homework, they are not motivated and it is this lack of motivation that is responsible for the inattention, distractibility, and poor performance we associate with ADHD sufferers.

Many will argue this is a choice, that ADHD children are just lazy or defiant. However, the science is clear and paints another picture. The ADHD brain is different. ADHD is primarily a genetic, neurodevelopmental disorder. Thanks to functional and structural neuroimaging studies (PET, MRI and fMri), researchers understand a great deal about the neurological pathways that lead to the cognitive and behavioral difficulties we associate with ADHD.

I sometimes suggest we imagine a symphony orchestra without a conductor. That is the ADHD brain. The musicians depend on the “executive” with the baton who doesn’t play an instrument but helps all the parts coordinate and harmonize with one another. Without the conductor, the individual parts fail to perform in an organized and coherent fashion. A person with ADHD can be highly intelligent, talented and creative but struggle to attend, listen, organize, plan, persist, remember, regulate emotions and follow through with commitments.

Imagine a gatekeeper in our brains who guards the gate of the mind and decides what is important and what isn’t. In the ADHD brain the gatekeeper fell asleep or wandered off and left the gate open. Impulses are free to charge through the gate. It isn’t always clear which of these impulses is the highest priority. In the ADHD brain, there are numerous green lights telling the person to “go-go-go” while there are few yellow and red lights telling the person “slow” or “no.” This is why the ADHD person is viewed as being disinhibited.

Stimulant medication is described as having a paradoxical effect because it appears to calm the hyperactive child down. In fact, the medication stimulates the brain to inhibit impulses, enabling the person to slow down and focus. The medication wakes up the gatekeeper so she can do her job. It does this by increasing specific neurotransmitter levels in the prefrontal cortex.

A person with ADHD struggles to delay gratification. They are impulsive. They want it now, whatever “it” is. Imagine ten televisions on in the brain on different channels with the volume up while a police scanner searches for the most interesting thought, memory or activity to focus on. The ADHD mind’s default setting is “me—fun/interesting—now” and these individuals struggle when they are required to engage in what they perceive to be boring activities with no immediate reward or payoff. The mind wanders without any awareness it is wandering.

Such persons are dependent on the environment to help them stay on task. They crave structure and require supervision and consistency to stay on track. Children, especially will benefit from small, immediate reinforcement as opposed to distant or delayed reward. ADHD children look at adults as if we want them to clean toilets all day for no pay. Expecting an ADHD child to comply with requests to do their homework or clean their room is providing them with a high cost/no benefit requirement. Something in them rebels. They know what is wanted and when but they struggle to discern why they would want to do such things. This is different from intentional defiance although it can become that. Initially, it is a visceral, intrinsic reaction to avoid the frustration and boredom they feel when engaging in an unrewarding activity.

People with ADHD, when they aren’t daydreaming, prefer to live in the now. This does not mean they are “present” with the people around them. It merely means, they are focused on what is interesting to them in the here and now. The past and future are weak concepts in their minds. Like a reverse polaroid, they have a vivid experience in this moment and it fades. And then another vivid experience that soon fades. Because there isn’t an executive control present to process and integrate these experiences and keep them connected, individuals with ADHD are less likely to learn from and benefit from their life lessons. They have poor working and sequential memory. They repeat mistakes and fail to anticipate consequences.

Think of dolphins who jump through hoops in order to be fed fish. The ADHD brain understands this. It is called point of performance training. Since these children lack rule-governed behavior, we reward them at the time they perform the desired behavior. Token economies work. Barkley’s book, “Your Defiant Child, Eight Steps to Better Behavior” utilizes a system whereby children earn points or poker chips for desired behaviors which they can use to “purchase” rewarding activities. The promise of reward is much more effective at motivating children (and animals) than is the threat of punishment.

Other popular books by Barkley include “Taking Charge of ADHD” and “Taking Charge of Adult ADHD.” When I first trained with Dr. Barkley, research into ADHD adults was in its infancy. We now know that 50 to 80 percent of children diagnosed with ADHD will continue to struggle with the disorder as teenagers and 35 to 65 percent will still be impaired by it as adults. Studies tell us that 5 to 7 percent of children have ADHD while 3 to 5 percent of adults meet criteria for ADHD. It is estimated that approximately half of all children with ADHD are not diagnosed or treated.

Individuals with ADHD are more likely to struggle in school, with driving, with substance abuse, in social situations and occupational functioning. ADHD children fail to advance to the next grade in school more often, experience more suspensions and expulsions, drop out of school at a higher rate, have lower grades and GPAs and are less likely to attend and graduate from college. As adults, they change jobs more often, are fired more frequently, have more automobile crashes, more speeding tickets and more license suspensions.

Treatment for ADHD often includes stimulant medication which is successful in 80 to 90 percent of cases. Studies show that the benefits of medication include increased attention, concentration, compliance, effort and amount and accuracy of school work produced. It is also associated with decreases in the following: activity levels, impulsivity, negative behaviors, physical and verbal hostility and the need for punishment from others. Stimulant medication is also associated with improvement in working memory, verbal fluency, organization, handwriting, coordination, self-esteem, emotional control and peer relations. Side effects can include insomnia and decreased appetite.

Before medication is prescribed, a thorough, comprehensive assessment is essential. Also, I usually recommend parents of ADHD children implement behavior management systems before they resort to medication. Both parents should be on board in favor of medication before it is prescribed.

There are several areas of concern with an ADHD child: academic performance, behavioral self-control (impulsivity), peer-relations, self-esteem and relations with teachers and parents. If one or more of these areas is significantly, negatively impacted despite non-medical, structured behavior management programs, medication should be considered as a possible intervention. Treatment of ADHD with stimulant medication has been extensively studied and is considered to be safe and effective.

I often urge adults with ADHD and parents of ADHD children to learn as much as they can about the disorder from reputable sites such as chadd.org, add.org, additudemag.com, russellbarkley.org and drhallowell.com.

Doug Craig graduated from college in Ohio with a journalism degree and got married during the Carter administration. He graduated from graduate school with a doctorate in Psychology, got divorced, moved to Redding, re-married and started his private practice during the Reagan administration. He had his kids during the first Bush administration. Since then he has done nothing noteworthy besides write a little poetry, survive a motorcycle crash, buy and sell an electric car, raise his kids, manage to stay married and maintain his practice for almost 30 years. He believes in magic and is a Dawes fan. 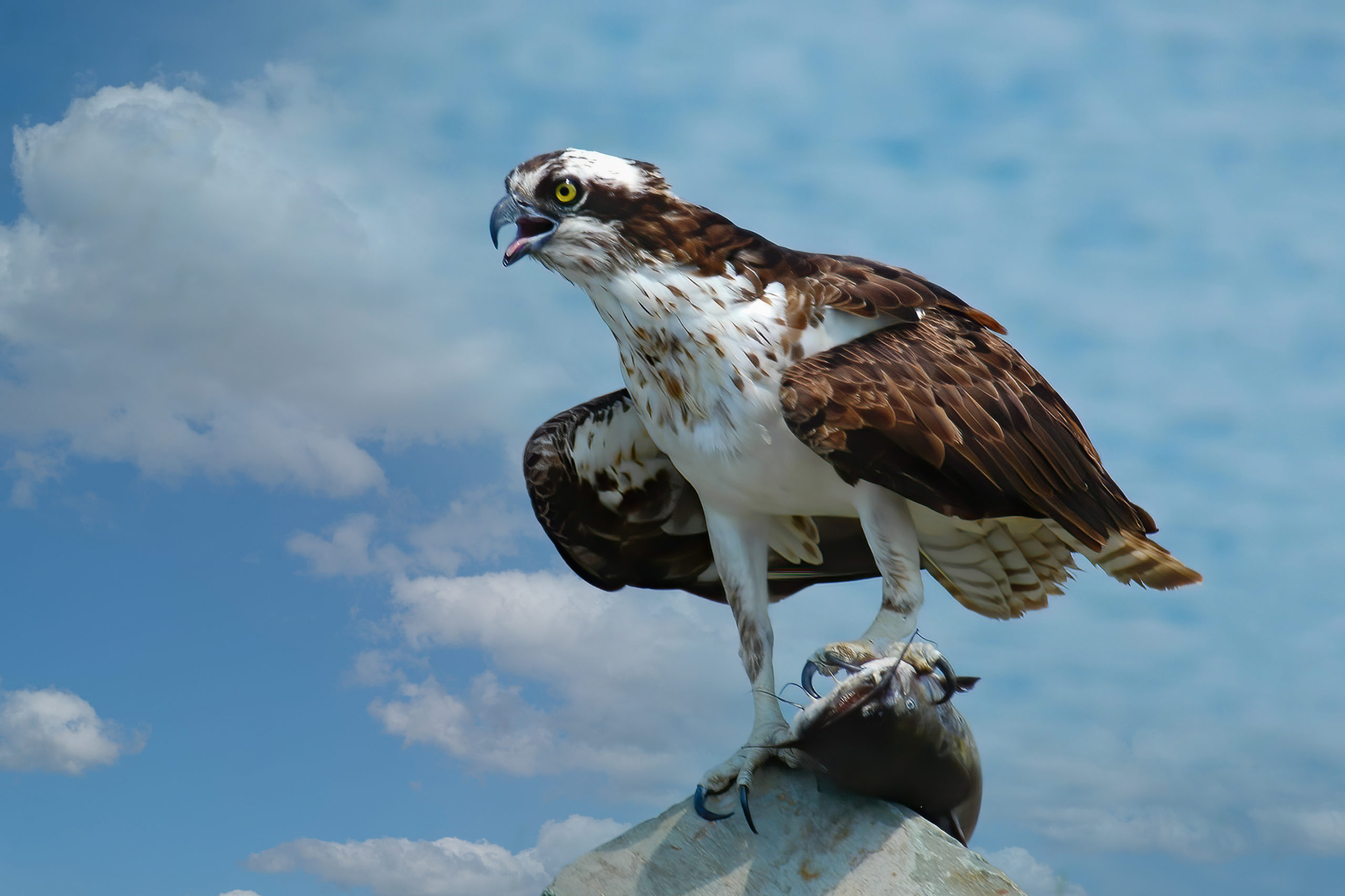