Guns and Drugs Located During Search of Motel Room

On May 17, 2019 Officer Tim Jaegel was patrolling the area near the Bridgeway Inn on Bechelli Lane. He observed several subjects coming and going from a room at the motel. A red Toyota Camry was parked outside the room, with two females in it. They began to drive away, but quickly pulled back into the parking lot when they saw officers. Officer Brett Leonard stopped the vehicle and contacted the driver, Freedom Hammon, 23 years of Redding, and passenger, Kaitlyn O’Grady, 21 years of Redding. The license plate on the vehicle was determined to be stolen.

Officers contacted Gerald Strong, 26 years old of Redding, outside the room. He was found to have several warrants and was arrested without incident. Officers then contacted Zachary Ross, 20 years old of Portsmouth Virginia, inside the motel room. He was displaying symptoms of being under the influence of methamphetamine, and officers observed drug paraphernalia inside the room. Ross consented to a search of his room. Officers located two handguns and methamphetamine in the room, along with several items of drug paraphernalia. 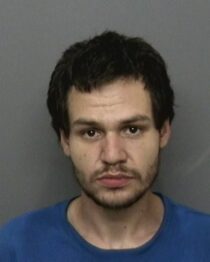 Comment Policy: We welcome your comments, with some caveats: Please keep your comments positive and civilized. If your comment is critical, please make it constructive. If your comment is rude, we will delete it. If you are constantly negative or a general pest, troll, or hater, we will ban you from the site forever. The definition of terms is left solely up to us. Comments are disabled on articles older than 90 days. Thank you. Carry on.
Post Views: 242