Question; 2 lane road, car turning left, I can pass on the right as long as I remain on the paved surface. Many people don’t know that rule so they wait until car turns to proceed straight. Is it legal to pass that second car on the right that does not know he is legal in doing so. Probably not the safest thing to do but just wondering anyway. 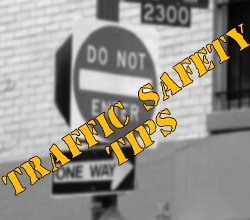 We have all done or thought about doing what you have described.  Is it lawful?  No.  First let’s review what the specific laws states regarding passing on the right.  For this instance there are actually two sections that apply; The driver of a motor vehicle may overtake and pass to the right of another vehicle only under the following conditions:

The provisions of this section shall not relieve the driver of a slow moving vehicle from the duty to drive as closely as practicable to the right hand edge of the roadway.

The second section states; The driver of a motor vehicle may overtake and pass another vehicle upon the right only under conditions permitting such movement in safety.  In no event shall such movement be made by driving off the paved or main-traveled portion of the roadway.

The subsection that states, ‘When the vehicle overtaken is making or about to make a left turn,’ would make it unlawful to pass that second vehicle, simply because that vehicle is yielding to the turning vehicle and not turning left.

So in your question, depending how wide that traffic lane is that the vehicle ahead of you is waiting in to make it’s left turn, you can pass on the right only if it is done in safety and you do not leave the paved portion of the roadway and don’t drive to the right of the edge line.

There is a four wheel ATV running around Jones valley with a orange triangular sign mounded on the back.  It appears to be a slow moving vehicle sign for farm vehicles..   Since ATV’s, dirt bikes, golf carts and etc. are not licensed for the public roads is this an acceptable method of operating an ATV on a public road???   I use an ATV on a ranch and it would save me time not to have to load it up every time I need to move from one place to another …Were does one find that sign?

That triangular sign that you are referring to is a slow moving vehicle placard.  They are intended for use by construction equipment and implements of husbandry (farming) and only then in specific conditions.  The four wheel ATV does in no way qualify as one of these vehicles.  The four wheel ATV is for off road use only and can not be operated on a public roadway.

I recall back in the early eighties, I was assigned to patrol in eastern Contra Costa County in a little place called Bethel Island.  Many of the locals decided that since they were on an island that they were exempt for the rules of the road. Their vehicles were not currently registered.  The vehicles they would drive to the store varied between riding lawn mowers, golf carts, go-carts and motorized shopping carts.  They would park every which way on the streets and in general believed the roadways were their own private property. It took several months, but through education and enforcement, Bethel Island rejoined the State of California and got their moneys worth from the CHP.

Many of our smaller communities try to keep things small town, but when it comes to traffic safety, there are no exceptions.  So until the law changes, please continue loading up your quad in the trailer or back of the pickup truck and haul it down the road knowing that you are doing the right thing.  While you are out there, please enjoy the ride.

Monty Hight is a retired California Highway Patrol officer and public information officer. He is the North State AVOID Campaign’s spokesman. He lives in Redding.