Mistress of the Mix: RIP MCA

It’s nice to know, after all these years, that my first impression of the Beastie Boys was the one they had of themselves – it was all a crazy joke. But it was like one of those really, really brilliant inside jokes that takes a while to sink in, and when it does, just conjuring up the punch line in your brain brings on a chuckle. And it turns out that my later impression was also correct – the Beastie Boys are far more brilliant, musically talented and diverse than they have ever been given credit for, perhaps because they took that joke and ran with it so far people forgot it was a joke.

Back in the mid 1980’s, when I was still firmly entrenched in the alternative music scene, the Beastie Boys hit the airwaves with the frat rap anthem “Fight For Your Right To Party.” There can’t be a soul alive who hasn’t heard this song. (And don’t worry…if I’m wrong about that, you’ll have the opportunity to right that wrong before our hour is up today).

I thought it was ridiculous. I disliked rap intensely. My friends and I, in our Black Flag t-shirts and ripped jeans, thrift store dresses from the 50s and ratted hair, weren’t impressed. And then when I got an eyeful of the Beastie Boys, I laughed uproariously. They called themselves Ad-Rock, Mike-D and MCA. But they’re real names were Adam Horowitz, Mike Diamond & Adam Yauch. They were three white Jewish kids from New York. Hilarious! What a joke, right? Turns out it was. Only I never knew that until now.

The Beastie Boys began as a hardcore punk group, and were poking fun at rap when they conjured up their first spoken lyrics/scratched lp song. Except people liked it. In fact, they liked it better than the music they were originally trying to be serious about. So they went with it. And eventually became Rock and Roll Hall of Famers, celebrated worldwide for their little prank on the music world. 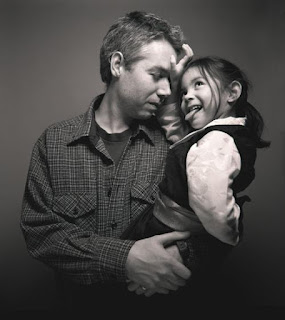 At some point things changed. I guess the Beastie Boys grew up, and grew out of the caricatures they had created. They did an album of instrumentals, which I loved even before I knew it was them. In fact I was floored when I found out it was them. Fatboy Slim remixed one of their songs and turned it into something even more amazing, and they began working with other musicians, other sounds, moving on. And they moved on to other things in life, like marriage, and kids, and finding causes to fight for. And then one of the trio, Adam Yauch, known as MCA to Beastie fans, got sick. Throat Cancer. He fought it for three years until he passed away just a few weeks ago. 47 years young. Now that he’s gone, I’ve read so much about this brilliant soul, mostly from posts that all my high school and college friends posted on Facebook, that I want to share a little bit of him with you today. Just a few tidbits that you may not have known (like I didn’t) until hearing of his passing:

I wanna say a little something that’s long overdue, the disrespect to women has got to be through. To all the mothers and the sisters and the wives and friends, I wanna offer my love and respect to the end.

Well Adam, you’ve got my respect to the end. Sorry you’re not around to see your beautiful daughter grow up and become a beautiful woman. In your honor, I’ve put together a playlist that combines some of your biggest hits, some of my own personal favorites, and some of the Beastie jewels that most people don’t even know exist, like the album of Beatles/Beastie Boy mashups, collectively entitled “The Beastles.” Genius stuff. In fact, I have to admit that the Beastie Boys seem to be most tasty when served not alone, but with a variety of other tasty morsels, mashed.

My very favorite taste of the Beastie Boys, in this BB vs. Matt & Kim Mash Up

A quick warning: This playlist is definitely not for everyone. I don’t blame you if you can’t spend an entire hour listening to the Beastie Boys. But I did include all my favorite songs that even have a slight odor of the Boy Beasts, including Fatboy Slim’s amazing remix, and a mess of The Beastles. Try the first 4 or 5 songs, and check out the very last, where you can really hear the difference in MCA’s voice, from their last release, Hot Sauce Committee Part 2, which shows just how hard he tried, right up until the end.

Readers, be sure to check back in to A News Café next Tuesday morning, when I’ll share a special edition of Mistress of the Mix with you. This is the day Jefferson Public Radio and the Cascade Theatre announce our upcoming season, and tickets will go on sale that day to members. You can be one of the first to get the scoop on all of the amazing shows JPR will be bringing to the theatre, along with a special playlist featuring the artists you’ll have an opportunity to see in the coming year.

Valerie Ing-Miller has been the Northern California Program Coordinator for Jefferson Public Radio in Redding for nine years and can often be found serving as Mistress of Ceremonies at the Cascade Theatre. For her, ultimate satisfaction comes from a perfect segue. She’s the mother of a teenage daughter and a 7-year-old West Highland Terrier, and can’t imagine life without them or music. Valerie wakes up with a song in her head, she sings in the shower and at the top of her lungs in the car.
A News Cafe, founded in Shasta County by Redding, CA journalist Doni Greenberg, is the place for people craving local Northern California news, commentary, food, arts and entertainment. Views and opinions expressed here are not necessarily those of anewscafe.com.

Valerie Ing has been the Northern California Program Coordinator for Jefferson Public Radio in Redding for 14 years and can often be found serving as Mistress of Ceremonies at the Cascade Theatre. For her, ultimate satisfaction comes from a perfect segue. She and her husband are parents to a couple of college students and a pair of West Highland Terriers, and Valerie can’t imagine life without them or music. The Mistress of the Mix wakes up every day with a song in her head, she sings in the shower and at the top of her lungs in the car.

Comment Policy: We encourage lively debate. However, we ask that you please keep your comments respectful and civilized. Also, please share the space with others without monopolizing the comments platform, and stick to the topic at hand. The definition of terms is left solely up to us. Comments are disabled on articles older than 90 days. Thank you. I'm glad you're here. Carry on. Sincerely, Food for Thought/A News Cafe owner and publisher, Doni Chamberlain
1 Comment
Oldest
Newest Most Voted
Inline Feedbacks
View all comments
Post Views: 606