If you’re like most gardeners, you’re just itching to stick a trowel in the soil these days. When you do so, the folks who run local food banks would like you to consider sowing a few extra seeds or planting a couple additional starts.

About five years ago, People of Progress Food Bank & Resource Center brought the “Plant a Row for the Hungry” campaign to the Redding area. Last year, Shasta Food Group Coalition – which includes People of Progress, other nonprofit organizations, churches, and Shasta County Health and Human Services – started a similar effort. The idea is for backyard gardeners to grow a little extra produce for people who lack adequate nutritious food.

“People need to think about it now, because they are planting their gardens,” said Melinda Brown of People of Progress. Her organization usually gets donations from about a dozen gardeners. Brown’s organization would gladly accept more, but she is quick to encourage people to donate to whichever food bank is nearest to them.

That’s essentially the same message from Shasta Food Group. “The need for food is on the rise, and donations of food are down,” said the group’s Deborah Arias. “By donating extra produce directly to food banks, the people of Shasta County can help our local agencies stretch their meager resources.”

If people are wondering what crops to grow, Brown suggests tomatoes and summer squash, because they tend to produce large quantities and have a decent shelf life. Greens often spoil quickly, and corn requires an awful lot of water to produce very little. Still, Brown said most food banks will accept whatever excess people raise.

Arias said the coalition’s dietitians will also provide recipes that food banks may distribute to clients. “You can give somebody an acorn squash, but they just say, ‘I don’t know what to do with that,'” Arias said. That’s where the recipes help.

“If you have kids, what better way to each them that, we are watering this row now because some people don’t have enough to eat,” Brown added. “That’s such a neat lesson.”

And a lot of people around here, in fact, don’t have enough to eat. Local agencies in Shasta County last year provided 400,000 meals and 185,000 bags of food to people in need. They’ll take those extra zucchini you were going to toss into the compost pile.

For the rest of this column, we’re going to head out to Shasta College …

• Lectures and readings by Fresno poet David Mas Masumoto that had been scheduled for today and Thursday, April 7 and 8, at Shasta College have been postponed because of a family illness. I’ll try to let you know when he reschedules, as Masumoto is a very compelling “poet of farming.”

• If you’re not going to hear Joy Kills Sorrow at Bernie’s Guitar on Friday, April 9, you might consider “The History of Gospel Music with Dr. Dee,” at the Shasta College Theatre. Not to be confused with Dr. Dre, Dr. Dee is Diane Clayton-White, a gospel vocalist, composer and conductor. She’ll be joined by local musicians Bernie Baker, Cleveland Boney, Dan Kinkel and Bruce Calin, as well as the Shasta County Concert Choir. At $10, or $7 for seniors and students, tickets are a good deal. They are available at the Cascade Theatre box office and will be on sale at the door. Music starts at 7:30.

• You might want to return to the Shasta College Theatre on Sunday for the Shasta County Youth Symphony’s spring concert. Mozart, Haydn, Rossini and Mahler are on the menu. Did I mention this is free? Check it out at 3:15.

Paul Shigley is senior editor of California Planning & Development Report, a frequent contributor to Planning magazine and won’t eat a store-bought tomato. He lives in Centerville. Paul Shigley may be reached at pauls.anewscafe@gmail.com. 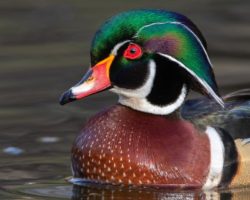