This is a difficult article to write; simply, because it is political. What I have to say is in regard to Proposition 11 on the California ballot. Perhaps you’ve heard the commercials that speak of paramedics and emergency medical technicians (EMTs) staying on call during breaks and lunches so they can respond to 911 calls during an emergency. The advertisement states this legislation will better prepare responders with training to deal with active-shooter scenarios. It also mentions that this ballot measure, if passed, will help provide first responders with treatment for PTSD.

This all sounds good, right?

As it turns out, American Medical Response has been violating California wage law by not giving mandated breaks and lunch periods to employees, especially dispatchers, paramedics, nurses and EMTs.

In my 32 years of service with AMR I have walked away from hundreds of meals that I started to eat and had to abandon to respond to a call; emergency or routine, it did not matter. Many shifts I have worked 24 hours straight, sometimes without meals, breaks or rest. It is rare for any unit to ever go out of service to get a meal, but if that were to happen, the other 911 units would pick up the slack. At no time was the public without a medic or EMT in their time of need because someone was eating lunch, or on a break.

So what is Proposition 11 really about? This is the dirty little secret. The employees have been attempting to get class certification in the California Courts since around 2006. There is little contention that American Medical Response has been violating California labor law at the expense of their employees. AMR has spent millions to defend against this litigation that has been in the courts for years. It finally made it to the California Appellate Court. The Court of Appeals reversed a trial judge’s decision that class-action status could not be granted for a missed break. It was then sent back to the trial court. That court then correctly ruled that class-action status would be granted. As employees and former employees of AMR, we were notified by the trial court that class action status had been granted and we would have our day in court early next year.

So now you might wonder, how did this morph into California Proposition 11? Well, if you read the fine print on Proposition 11 you will find that if passed it will change California labor law so that American Medical Response will not have to pay employees in the future any monies for meals or breaks missed. They will be paid the same wage for a 12 or 24-hour shift, whether that employee gets a lunch or a break or not.

But it gets worse. This legislation also releases American Medical Response from approximately 110,000,000 in liabilities for breaks missed. Now there is the dirty, dirty secret. You didn’t read that in the Proposition 11 headlines, did you?

So here is the lesson that AMR (American Medical Response) is teaching: Beat us in court and we will try and fool the people of California with sneaky and cleverly slick legislation that will relieve us from all financial liability by changing labor law.

Will you please share this with your friends? And please consider voting against Proposition 11.

Lastly, this was difficult to write. Did I enjoy working for AMR, both as an RN and Paramedic? That answer is yes. This letter is by no means a slam against all of the fine people that I have worked with in EMS. It is really about sitting at home listing to pro-Proposition 11 advertising and not being to stomach the big white lie. I am truly sad to have to write this.

Thank you, friends, for your consideration in this matter. Now, please vote. I just provided some food for thought. And also, your vote is yours alone. I respect that! 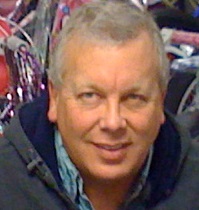 Ted Blankenheim is graduate of Shasta High School and Shasta Community College in Redding. He's also a graduate of Stanford Pre-Hospital Care Program and Regents College. His employment includes work as a legal nurse consultant, a critical care RN, a mobile intensive care paramedic and fire chief. He is the founder of "Bikes for Kids."   His belief system is, "Pay it forward and share the love".

Comment Policy: We welcome your comments, with some caveats: Please keep your comments positive and civilized. If your comment is critical, please make it constructive. If your comment is rude, we will delete it. If you are constantly negative or a general pest, troll, or hater, we will ban you from the site forever. The definition of terms is left solely up to us. Comments are disabled on articles older than 90 days. Thank you. Carry on.
15 Comments
Oldest
Newest Most Voted
Inline Feedbacks
View all comments
Post Views: 3,484