In October, my husband Richard and I celebrated our marriage with a honeymoon in Italy. It was our first trip to Europe. It was the adventure of a lifetime.

We created our own itinerary, which included seeing four cities in 10 days: Naples, Rome, Florence and Venice. Richard and I learned the basics of the Italian language. We bought comfortable walking shoes. We ordered euros from the bank, and notified our credit card companies of our travel plans. We packed one big suitcase and a couple of carry-on bags for the trip. We thought we were ready. But nothing had prepared us for the whirlwind journey ahead.

Our trip began in Naples. We stayed at a bed-and-breakfast with a private balcony overlooking patio tables shaded by white umbrellas.

On our first night in Italy, we seated ourselves at an outdoor café that served the best pizza we’d ever tasted. (The Neapolitans claim to have invented pizza, and if they didn’t I think they’ve perfected it.) Fresh arugula, salty prosciutto, and take-your-breath-away cherry tomatoes covered this cheesy calzone-like pizza. At that moment, we felt content. Italy was our second home.

After stuffing ourselves on Neapolitan pizza, we took to the streets and found a plaza where people were setting up a stage for a political rally. It didn’t look like it was going to start for a while, so we walked across the street and bought our first scoops of gelato in Italy: hazelnut and chocolate chip. At one euro per scoop, we couldn’t pass up this tasty Italian dessert. From then on, we ate gelato every day.

The next morning we woke up early to explore the ruins of Pompeii and Herculaneum. After some confusion with street and plaza names (it seems everything is named for Italian national hero Giuseppe Garibaldi), we made it to the train station. The one-hour train ride provided views of the city, the countryside, Mt. Vesuvius, and the cobalt blue Bay of Naples.

Although parts of Pompeii are still buried and some are under excavation, the map showed more than 70 sites available for viewing. We walked through the ruins of this ancient city for hours.

One of the strangest things we noticed was the friendly stray dogs roaming the city. Many appeared hot and tired as they slept in the shade of statues or on the cool grass of the Amphitheater floor. Dogs have long been a part of Pompeii, as pets and guard dogs. A millennia-old black-and-white tile mosaic outside one of the homes shows a chained canine and warns visitors in Latin to “Beware the dog.” Through a poster, we learned the dogs roaming the ruins are all available for adoption. We saw hope and life in Pompeii.

As the afternoon wore on, we found a men’s bath house in the center of the ruined city. We walked down a dark arched hallway that led to impressive tiled bath and steam rooms. Original faded red, yellow, blue and white fresco paintings of winged animals caught my attention. Relief carvings of muscular men protruded from the walls. Their arms reached upward, holding shelves for scented oils. A dusty black heater boasted feet in the shape of hooves. A huge bathtub lined with circular stone benches filled another room. Sunlight shined through three square windows and an oculus, illuminating a dried-up indoor fountain.

As we left the bathhouse, we saw an ancient cafeteria bar across the street. Several large pots and a stone in the shape of a phallic symbol stood next to the bar. Clearly this was the men’s district.

Next we headed to Pompeii’s uncovered theater, Teatro Grande, where we found high school students acting out a play in Italian. During the height of the Roman Empire, the circular stone theater seated an estimated 5,000 people. The theater’s backdrop had been under construction when Mt. Vesuvius erupted, burying Pompeii in nearly 20 feet of ash and rock in 79 A.D.

Teatro Grande seemed small compared to Pompeii’s Amphitheater – the oldest one on earth. It resembles the Colosseum in Rome. Stone archways line the outer walls of this huge, oval amphitheater. Inside, grass covers the ground and much of the tiered stone seating. Standing in the center of the field, I thought of the gladiators who had fought and died there.

Later, as I pondered the lives of the people of Pompeii, I glanced at Mt. Vesuvius, looming over the city. The active volcano’s dark, angled outline seemed ominous and threatening.

After exploring the ruins of Pompeii, we took the train to Ercolano, about halfway between Naples and Pompeii. We got off the train and realized we didn’t know how to get to Herculaneum, and there were no signs pointing the way. We walked about a mile or so, straight toward the Bay of Naples, in the hope that we would find this ancient coastal town before sunset. Luckily, we did just right.

The Herculaneum ruins are much smaller than Pompeii – you can see the whole town in a couple of hours. The ruins are also better preserved, so you’ll find mosaic tile floors and fresco paintings adorning many homes. A small museum near the site explains the town’s history and houses remnants of fishing lures, lines and bobbers, as well as a boat recovered from the area.

According to the museum, when Mt. Vesuvius started rumbling, the people of Herculaneum grabbed their valuables and evacuated the town within three hours. They assisted the small children, the pregnant and the elderly as they all headed to the shore. But as the people stood on the beach, the volcano spewed forth a blast of hot gas, killing them instantly. In the early 1980s, about 300 skeletons were discovered on the shore.

Standing on the raised pathway to Herculaneum, we looked down at the ruins of an ancient town. Then we looked up at the modern-day city of Ercolano that had grown around it. We saw a dark mountain against a blue sky in the distance.  In Italy, life goes on.

Editor’s note: this is a best-of column that originally ran November 23, 2010.

Stay tuned for my next column spotlighting adventures in Rome. In the meantime, check out a photo gallery of the trip.

Journalist Lauren Brooks lives in Bellevue, Washington. She is a CSU, Chico alumna who graduated with a B.A. in journalism in spring 2006. She can be reached at lmbrooks.work@gmail.com.

lives in Bellevue, Washington. She is a CSU, Chico alumna who graduated with a B.A. in journalism in spring 2006. She can be reached at lmbrooks.work@gmail.com. 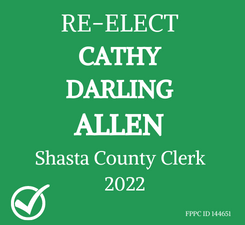