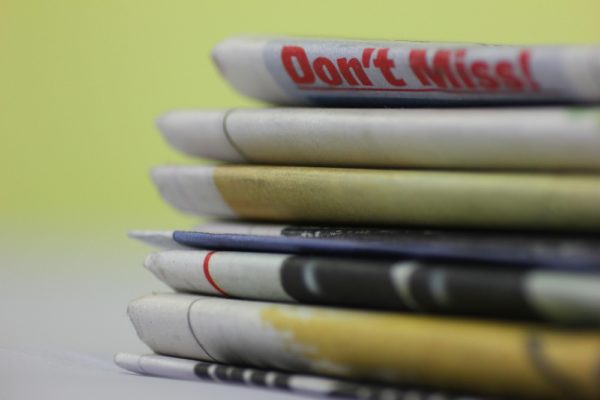 Except, perhaps, for those shivering dogs in the ASPCA commercials, there are few scenes sadder than a newspaper begging its readers for money to keep doing what it does.

That was the gist of Editor Silas Lyons’ appeal in a recent Sunday column, along with an account of how hard the small-but-plucky Record Searchlight editorial team works when disaster hits. His point, and a fair one at that, was that the local newspaper is there when we need news the most — during a catastrophic fire, floods, snowstorm or mass power outage. Of course, that is what newspapers, at least decent ones like the Record Searchlight, have done for decades. That they do it with fewer people (nine) than you find behind a Burger King counter, is worthy of his praise, and kudos to them.

But here’s the sad part: All the coverage of raging wildfires and freak snowstorms and even the next world war is not going to lure readers or their wallets back in the volume necessary to pay the light bill, let alone keep the presses running or newsprint flowing. Very simply, newspapers are in a death spiral that is partly their own doing and largely a sign of changing times.

Blame can be placed on Google or Facebook or the evil internet in general, but newspaper companies didn’t do themselves any favors. They took their product — accurate, thorough, trusted content — and gave it away on their web sites. For much of the garbage misinformation that’s out on the web, you get what you pay for — nothing. For newspapers, you got a whole lot more. But while that guy in his pajamas posting stories on his “Real Local Nooz” web site didn’t have a lot overhead, newspapers with real reporters, skilled photojournalists and hawkeye editors did, making it all the tougher to keep profits up. And they didn’t.

It is painful to see a once-great industry in a tailspin, like one of those wartime fighter planes plummeting into the ocean in a trail of smoke. But it is nearly impossible to get people to pay for content they can get for free or isn’t there at all. And without subscribers, there are no advertisers and without advertisers, no revenue for content. See the problem?

Editor Lyons spoke of a newsroom of 47 journalists not that long ago. The newspaper also had teams of photojournalists, editors and entire sections for business, sports, features and local news. It ran daily local editorials that criticized, praised or offered advice on issues in Redding and Shasta County. Its outdoors coverage was of Shasta County, not central Oregon. Those diehards who pay a hefty price for a printed paper each morning get mostly day-old local news and angst every time their house is missed or paper soggy. Not to be too crass here, but in less than 20 years I’d wager all of those subscribers will be gone one way or another.

The daily printed paper once was a profit machine, but sadly, that Titanic has sailed. Massive media corporations, like the one that owns the Record Searchlight, exist to make money. That doesn’t happen by giving their product away, although the current special offer of three months’ access for just one dollar is pretty darn close.

And that alone may just be sadder than those shivering dogs.