A group of business leaders stepped forward Tuesday to voice their support for a tax hike they feel is desperately needed to bolster police forces and combat a growing crime problem that threatens the quality of life in Redding.

If Redding is to continue attracting investors, employers and the visitors who drive its increasingly important tourism industry, “we’ve got to feel safe,” said Jake Mangas, president and CEO of the Redding Chamber of Commerce. 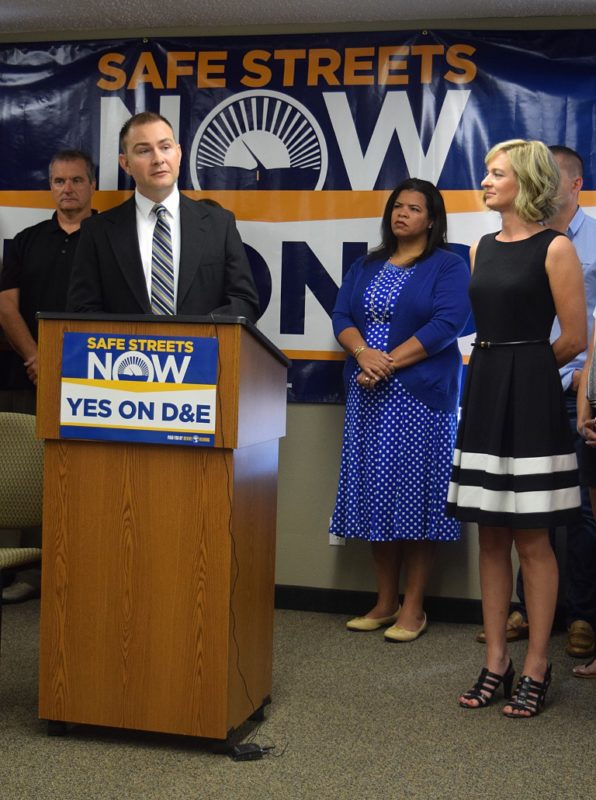 “It’s imperative we come together as a community and act now,” said Ryan Denham, a third-generation car dealer.

The answer, both men said, is to convince a majority of Redding voters to approve Measures D and E in the Nov. 8 election.

Measure D would increase sales tax by a half-cent and generate an estimated $11 million a year during its 10-year lifespan. Measure E is a non-binding companion advisory stating that the money would be used to fund additional police officers and firefighters, more jail space, a mental health crisis stabilization unit and a sobering center.

Ed Rullman, the managing general partner at Best Western Hilltop Inn and the co-founder of Redding Merchants Crime Watch, said the genesis of Measures D and E goes back to a morning five years ago when he arrived for work and discovered Redding police officers conducting a raid on a neighboring hotel.

From that point forward, Rullman said crime has just continued to mount. “Things have really changed a lot over the last five years,” Rullman said. He attributed a lot of the increases in property crime to the growing number of heroin addicts who steal to support their habit.

“I’m tired of it—really tired. This is the beginning of what is hopefully the end. This is the culmination of a lot of hard work,” Rullman said. 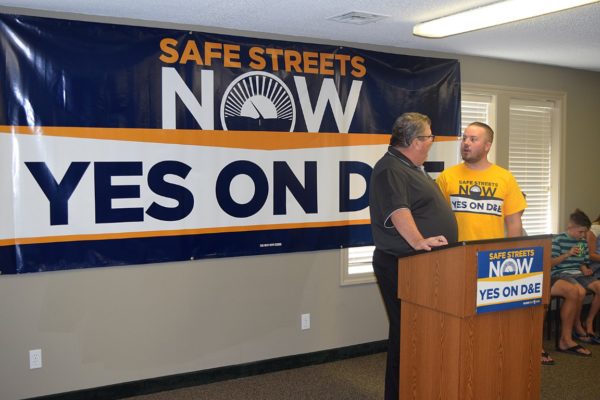 Weaver, who has made improved public safety a priority since he joined the council in 2014, said he brought his four children to the event so they could witness the start of what he believes will be a turnaround. “Six or seven years from now, when we’re going to places that we didn’t use to go, they’ll know it all started in this room,” Weaver said.

Referring to Measure E, the advisory measure, Weaver declared: “I’ll make this promise: Not one cent of this money will be spent without you knowing how it was spent and where it was going.” 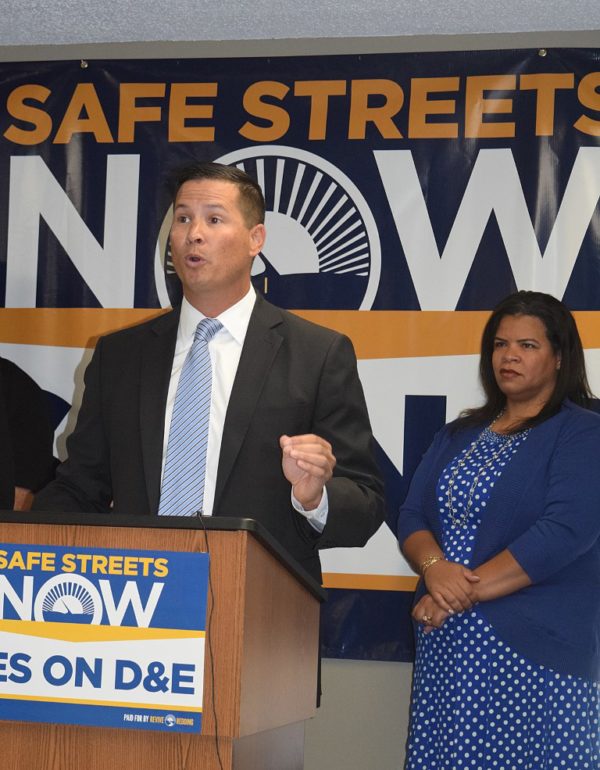 Denham, the general manager of S.J. Denham and the incoming chair of the Chamber’s board of directors, said business owners are already paying a public safety tax in the form of vandalism, losses to theft, increased security expenses and the loss of peace of mind.

LaFrance said during her time organizing the Safe City Project, she has come across hundreds of residents who are willing to pitch in and help improve the quality of life in Redding. “Our future is something we have yet to create. This is our city and she is worth fighting for.”

A rally to introduce Measures D and E to the public will be held at noon on Sept. 9 in Library Park, Rullman said. 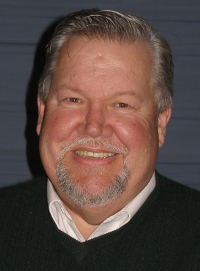 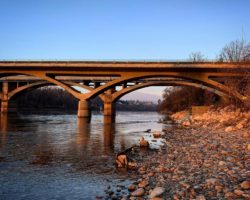 Bridges of Redding by David Vaugh 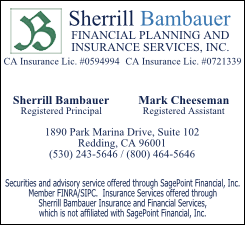 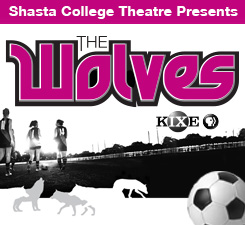 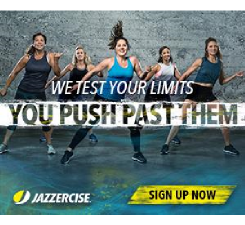