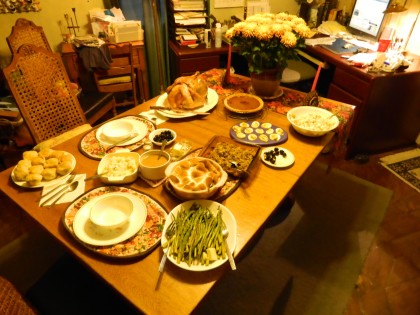 The Shasta-Tehama-Trinity Chapter of the American Civil Liberties Union of Northern California (ACLU-NC) and the group Shasta County Citizens for Democracy (SCCD) are hosting a community picnic to feed the poor and homeless on Friday, November 27 (“Black Friday”).

All members of the public are invited to this event, which takes place at the First United Methodist Church, South and East Streets in Redding, from 10 a.m. to 2 p.m. Admission is free.

“We’ve chosen the day after Thanksgiving for this event to emphasize the fact that so many people in this area have so little,” said Don Yost, chairman of the local ACLU chapter.

“Many of the poor and homeless will have received a meal on Thanksgiving, but what about the day after that?,” he asked. “Unfortunately, most of the public’s attention will have turned away from helping them.”

There will also be a clothes giveaway in conjunction with the community picnic. To volunteer for the event or to make a donation, contact Don Yost at 241-8421.

Comment Policy: We encourage lively debate. However, we ask that you please keep your comments respectful and civilized. Also, please share the space with others without monopolizing the comments platform, and stick to the topic at hand. The definition of terms is left solely up to us. Comments are disabled on articles older than 90 days. Thank you. I'm glad you're here. Carry on. Sincerely, Food for Thought/A News Cafe owner and publisher, Doni Chamberlain
Post Views: 539

On the Job in Downtown Redding