Climate Change: So, What Can We Do? 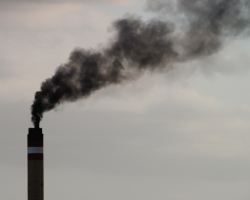 Climate Change is bearing down on us, accelerating month by month. Simply put, it’s all about carbon in the atmosphere. Carbon up = global warming; Carbon down = global cooling.

Individually, we can do some things, and collectively, some things we have to do. For those of us who are concerned but sometimes feel overwhelmed and perplexed, here are some ideas based on experience:

Individually: For example, to lessen our “carbon footprint”, we:

Greening small daily activities brings our actions in line with our values, which feels good, but is lots easier than compared with changing our society that is heading toward an ecological cliff. Example: Of all the gross national trash, > 3% is municipal solid waste (our garbage), while 76% is from industrial waste. Who will change that? Our government? Our corporate industrial system? Us? Ibelieve that we must continue our little individual changes while working on societal change. Wendell Berry says, “The government might even do the right thing at last by imitating the people.” (YES! Spring 2015, pg 47.)

Collectively: Social collective action will be key in mitigating the worst effects of climate change. We organize, or sooner or later spontaneous revolts will erupt over food, water or disaster relief, resulting in anarchy. Some thoughts:

One reason why I’m concern about Climate Change is that I feel guilty. The generations of my time (the 1950s, ’60s and ’70s) embraced an economic system that is causing global warming and climate change. First, we rejected our parent’s materialism and embraced the Hippies, but then we gradually became Yuppies, co-opted by the power of advertising and personal wants. We wanted all the new gadgets even with their-built in obsolescence.

Now we’re faced with the consequences of all the consumer stuff, leaving a legacy of a deteriorating planet for our kids to deal with. If they don’t fix Climate Change, they will have no one else to blame. 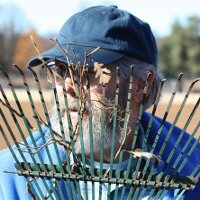 Following his grandfather's advice, "Grow food. People always need food," has led Wayne to a lifetime of cultivating and processing food. He spends much of his time encouraging people to become more food independent by growing their own.

Comment Policy: We encourage lively debate. However, we ask that you please keep your comments respectful and civilized. Also, please share the space with others without monopolizing the comments platform, and stick to the topic at hand. The definition of terms is left solely up to us. Comments are disabled on articles older than 90 days. Thank you. I'm glad you're here. Carry on. Sincerely, Food for Thought/A News Cafe owner and publisher, Doni Chamberlain
12 Comments
Oldest
Newest Most Voted
Inline Feedbacks
View all comments
Post Views: 682