A Conversation With James Santos About ‘Chicago the Musical”

Today we talk with James Santos, director, choreographer and show creator. He was raised in Redding, but left a few years ago to accept a job with Cirque du Soleil in Las Vegas.

He returned this summer to co-direct “Chicago the Musical” with Dean Munroe at Shasta College, and took a few minutes to allow us to chat and catch up.

Welcome home – at least temporarily – James! We’ve missed you. I know you’re slammed with “Chicago the Musical” at Shasta College, so we’ll keep this short. But I couldn’t let the opportunity go to talk with you, someone so many of us respect and admire.

As an aside, you may recall that back in my newspaper days, I wrote a profile about you some years back. I think you were something like 26 then, which made you our youngest profile subjects. Clearly, you were someone to watch, and we have watched with pride as your career has flourished.

OK, enough reminiscing. Let’s start with your video, and then we’ll get to the questions. 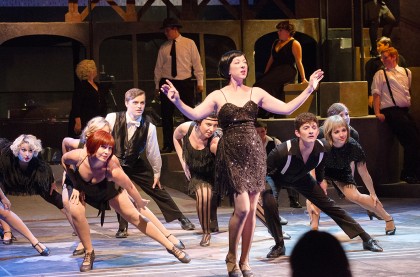 I’ve watched that clip a few times, and love it.

Before we talk about “Chicago the Musical” –  real quick, can you bring us up to date about where you are these days, and what you’re doing, when you’re not bringing “Chicago” to Redding?

I am still with my family in Las Vegas and have been enjoying playing dad for the past year or so. I was with a show of Cirque du Soleil’s when I left Redding and hope to go back someday soon. But I needed a break from the road so I moved to a show on the strip called “Le Reve” in early 2012.

Q:  It sounds as if you’re as busy as ever. Tell us about “Chicago” at Shasta College, how you came to be involved with it?

Dean Munroe from Shasta College – with whom I have worked on “Into the Woods” and “Bye-Bye Birdie” – has been asking for a few years what show could we do. He asked if we got a show, would I be willing to come to Redding to help direct. I kept saying I wanted “Chicago”, and last year the college was able to secure the license as it was being produced in Sacramento at the Music Circus.

Q: Wow. What a  thrill that must have been. Now, even with a show like “Chicago”, every show has its challenges, right? How about this one?

I feel this show’s challenges has been in the music itself, and getting everyone on the same page with it. This score was written almost 40 years ago, and in order for it to feel fresh and new there are little things you can do to make it feel that way without changing much. Sometimes it is just in the tempo you play a song, how much of an instrument you hear, or in the interpretation of the way a singer uses his or her voice. It’s been difficult to get everyone on board with this idea.

Yes, the talent is a surprise in itself. What’s great about this production of “Chicago” is it is all local. It was strange for me at auditions as I had been so used to knowing what and who was doing theatre in Redding, and this time it was mostly all new people. In fact, I was surprised some of the veteran theatre folks did not audition for this show.

The great part of that is it did make room for some new people and a few that I dragged out of their day jobs to come back to the stage.

Q: Well, you’re persuasive. I can’t imagine anyone would turn you down. Now, maybe this is an apples-and-oranges question, but when it comes to directing –  just for the sake of perspective – how does directing “Chicago” compare with directing, say, “The Cascade Christmas”?

“The Cascade Christmas”? Well, that is such a different show. I am not sure what and how they are doing it now at the Cascade, but when I created that show it was from scratch each year. I had to have the idea and the eye to make it all come together. I hand-picked each piece of music, had the idea of sets or drops that I would have painted or built, and a costume vision that our lovely Cindy Sumsion always made come to fruition. I mean, there were so many pieces we were responsible for with “The Cascade Christmas”.

With “Chicago” there is a script and an overall vision you should follow somewhat. On the one hand it is a great security having that script, but on the other hand it still does not build the show for you, especially in the area of choreography.

Q: Do you have a favorite number? I know, you love all your babies … but …

Sometimes my favorite numbers come out later, when I am able to actually watch the show. I have enjoyed working on them all, but the song at the end of the first act called “My Own Best Friend” is a real pivotal place for the characters, and I love seeing strong women really find their oomph, and this is one of those places.

Q: I know you need to get back to work. Anything else you’d like us to know?

Come out and support this show, Shasta College, and all community theatre. I still see how difficult it is in Redding for the community theatre organizations to survive. This show was not cheap to produce, and that is even with the resources the college has in place. This show would have never been able to be produced in the community without costing twice as much money, so go support theatre in Redding and enjoy the show!

Thank you, James. Thanks for sharing yourself and your talent with us this summer.

What: “Chicago” the musical.

Tickets: Prices range from $10 to $12, and can be purchased via the Cascade Theatre box office. Click here to buy tickets. 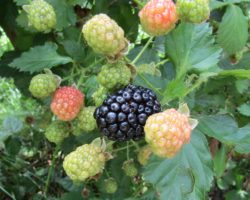