“It’s the best deal in town!” Those words were spoken to two newcomers almost forty years ago. The speaker was referring to the Shasta Community Concert Association that today presents a series of programs under the name, “Shasta Live!” And, those words are just as true today as they were when my wife and I first heard them.

We had just arrived in Redding, having traded big city jobs and a hectic lifestyle for a small town with a better atmosphere in which to raise our kids. Doing this required a hefty pay cut and, needless to say, our entertainment budget at the time was skinny. But, following the advice of this new friend, we scraped together enough for an annual membership in this organization and were treated, as much as five times a year, to high class – sometimes world class shows. From big bands to chamber music, jazz, pop, country or folk, or even something uniquely different, all shows were excellent and at least one show a year was so wonderful as to make it alone worth the annual membership! It has been so throughout all these years.

On February 22, Shasta Live will feature, Aion Clarke, a singer/songwriter, pianist, whom the Toronto Star has called “One of the most natural talents since Marvin Gaye.”

Ending this year’s season on March 20 will be another performance to remember when Jim Curry, who not only sounds like John Denver but looks like him, takes the stage to bring John’s music to life once more.

While this season’s remaining performances are certainly reason enough to join Shasta Community Concert Association (SCCA) as a Christmas gift to yourself and your family, they are not the only reason. Another just as important reason is that this Association is Redding’s secret jewel. Here’s why . . . Although virtually no one in Shasta County is aware of it, Shasta Live offers “Fine Arts Enrichment,” a free program for area schools. When SCCA volunteers go to Nashville, as they do every year, they represent one of over 200 affiliated organizations that audition to select quality affordable family entertainment. These selected programs, seen in the evening through the year by paid members, are also offered during the day to as many as 700 qualifying students at no charge. Of the above mentioned 200 affiliated organization, our own SCCA is one of only five to do this.

Your membership makes this possible and will allow these programs to continue. In an economy when so many of us are hurting financially, those of us who can find a way to afford a little something for our own entertainment, will have the added pleasure of knowing that enjoying this small luxury means educational enrichment for so many local young people as well.

Richard Douse lives with his two favorite ladies: Tammy, his wife, and Ann Margret, his cat.  They live off the grid in a home they built themselves.  They grow their own food because they don’t trust corporations doing it for them.  Douse thinks of himself as a liberal.  He believes liberals are blue-collar folk who know how to work and think for themselves.  He believes that what we do, individually and collectively, in the next 10 years will determine whether civilization continues - or goes away.

Comment Policy: We welcome your comments, with some caveats: Please keep your comments positive and civilized. If your comment is critical, please make it constructive. If your comment is rude, we will delete it. If you are constantly negative or a general pest, troll, or hater, we will ban you from the site forever. The definition of terms is left solely up to us. Comments are disabled on articles older than 90 days. Thank you. Carry on.
Post Views: 253 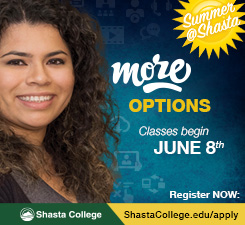 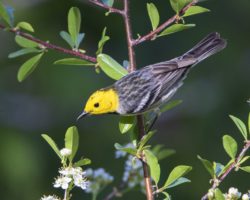 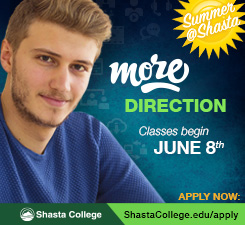