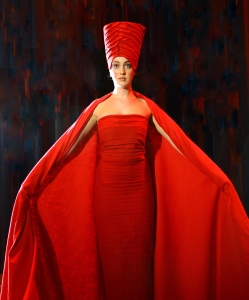 Cost: Tickets are $15 and are available through the Cascade Theater Box Office starting Saturday March 27. Tickets can be purchased with a credit card by phoning 243-8877. The Box Office is open Tuesday through Friday 11am – 6pm and is located at 1733 Market Street in downtown Redding.

For more information, go to http://shastachoir.com/musical.html

Featuring pop-rock music created by Elton John and Tim Rice (who also brought us The Lion King), the Broadway musical “AIDA” has won numerous Tony and Grammy awards. “AIDA” (pronounced Ah-ee-dah), is a classic love story that blends current times with the romance of ancient Egypt. Theatrically weaving the traditional motifs of loyalty, betrayal, and forbidden love, the unfolding drama forces the three main characters to make choices that will forever change history. Aida is a Nubian princess slave captured by the Egyptian army captain Radames, who soon falls in love with his catch despite being engaged to Princess Amneris, daughter of the Pharaoh. As this perilous love blossoms and the plot thickens, the lovers’ options dwindle inevitably to being sequestered forever or facing an untimely death together.

Shasta High School has a 40-year history of bringing spectacular musical productions to the stage, and this year will be even more exceptional. The story of “AIDA” is drawn from the classic Verdi opera, but is brought to new life through Elton John’s music. which includes the unforgettable songs “Every Story is a Love Story” and “Elaborate Lives.”

Under the direction of Gavin Spencer, the talented members of the Shasta High Choir will sing of souls searching for true love through eternity. Along with the Shasta High Orchestra, led by Lou Polcari, visually stunning stage designs and captivating costumes will transport the audience to ancient times. “AIDA” brings a timeless love story and the spectacle of ancient Egypt to life in Redding. With only six performances, Shasta High shows have been known to sell out, so mark your calendar now. Don’t miss it!